eVolo's 2013 Skyscraper competition received two entires for "flying structures," one supported by hydrogen (H2) gas bags, and another by helium (He2) gas bags. The helium proposal won third prize! Both hydrogen and helium balloons require petroleum-fueled, complex and expensive technological infrastructure, both to produce the gas and the containing membrane, the latter due to the tiny size of the molecules involved. That said, Law of the Air is excited to see such proposals, since aspects of the designs could be used by passive lighter-than-air structures as well. 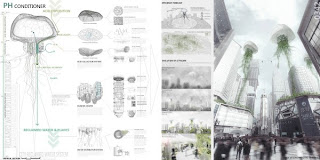 Hao Tian, Huang Haiyang, and Shi Jianwei’s PH Conditioner Skyscrapers describes structures that soas up damaging acidic pollutants and turns them useful resources while cleaning the air. The designers envisioned the project for Chongqing, which is bordered on three sides by mountains and is heavily polluted from industrial activity resulting in poor air quality and acidification of plants, soil and water. The floating jellyfish structures absorb pollutants from the air, and through a number of internal processes, turn them into beneficial resources for the city. 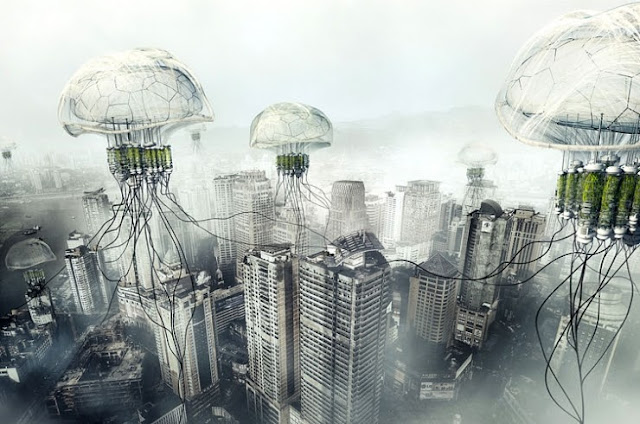 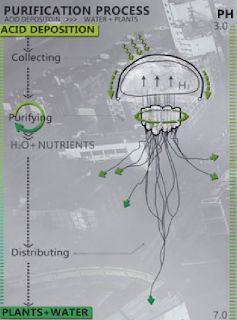 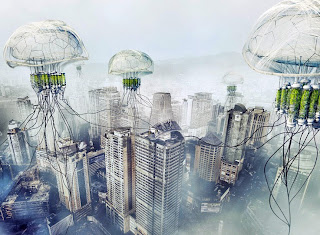 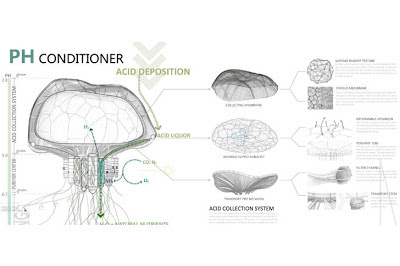 Floating in the air about 200-300 meters up, the PH Conditioners are located at the best level to absorb pollutants. Hydrogen is used for buoyancy and porous membranes in the air bags take in pollutants and direct them to the core purifier. Nitrogen-fixing microorganisms produce an alkaline substance to neutralize acidic materials into a fertilizer that is released through the tentacles to help plants grow. Leftover purified water is reclaimed and then used for irrigation and other processes. Over time, a city’s air will gradually improve and the resources created by the skyscraper can be used to create a richer and healthier environment through the development of more vegetation. The floating skyscrapers can be transported as necessary to different locations within the city or to other cities in need of fresh air. 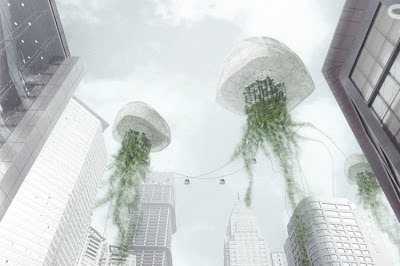 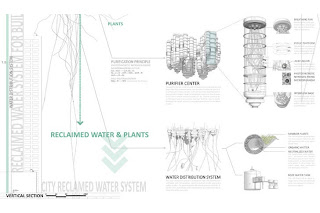 
The project aim to use a gentle way to manage Acid Deposition and eventually turn pollutants into available resources (reclaimed water & chemical fertilizer) for the region of Chongqing.

Produced by the fossil fuel used in abundance, as well as the heavy traffic and industrial production, the SO2&NOx drives the PH value of atmosphere under 5.6. Gradually precipitating to the surface of the earth, these acidic materials have caused great harm to plant, architecture and human beings.
The outbreak of the Industrial Revolution in Europe, since 1750, unavoidably brought severe environmental pollution. The most explicit consequence is the Acid Deposition caused by waste of large-scale industrial production. 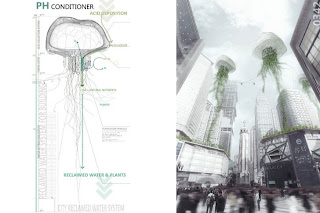 The project is set to be 200-300m high where acidic pollutants gather. The aerocyst filled up with H2 at the top of the building provides buoyancy to it. The porous membrane attached to the air bags can absorb the acidic materials, like acid fog, collect and put them into core purifier where neutralization takes place with alkaline substance produced by nitrogen-fixing microorganism via biological action, which is stored in the purifier center.

With neutralization, acid pollutants can be transformed into neutral liquid with ammonium salt which will be absorbed by plants attached on tentacle pipelines as green nutrients. The remained liquid will be delivered to the terminal tank as the source of reclaimed water.

A prize was awarded to the innovative skyscraper design presented by Ting Xu and Yiming Chen. “Light Park” describes a floating skyscraper that takes new development within large cities to the sky. The project allows for a continuous growth of the world’s mega-cities by providing adequate infrastructure, housing, commercial, and recreational areas. 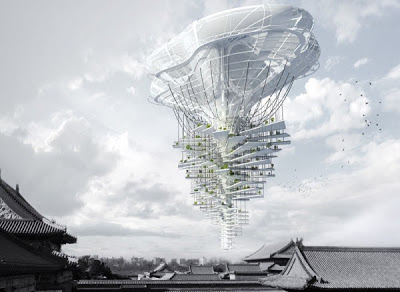 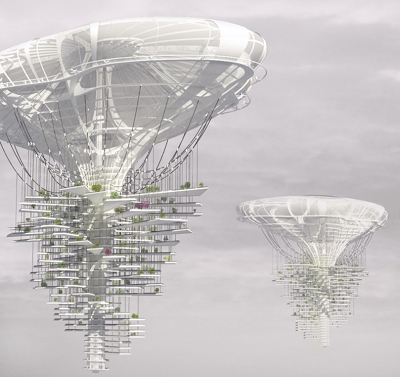 The Light Park Floating Skyscraper, designed by Ting Xu & Yiming Chen addresses the problem of green and recreation space scarcity within the world’s major urban centers, Light Park proposes a floating multi-platform for a plurality of functions, including parks, green houses, sports fields, restaurants, and exhibition spaces. The various programs of the floating skyscraper are designed to be arrayed around a central core and supported by reinforced steel cables hanging from a massive, helium-filled volume above. This volume provides the necessary buoyancy to float the structure above the bustle of the city below- thus relieving congestion- and is stabilized by a network of solar-powered propellers positioned around the form.

The floor slabs, composed of a variety of shapes and sizes, are positioned around the core to balance the structure and optimize solar exposure to the various levels.

Atop the helium-filled dirigible superstructure are translucent solar collectors and rainwater catchment facilities which provide power and irrigation for the parks and fields below. By virtue of its airborne nature and possession of vast green plantings, the Light Park will provide a powerful source of clean air back to the city which it floats above.

59 Steps And You Can Fly

Tomas Saraceno, the premiere artist teaching us all the art of phlight, shares now precise DIY instructions to create a hot air balloon from garbage bags that is powered by the sun. 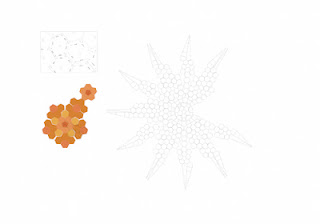 The design was tested in a museum, photos below: 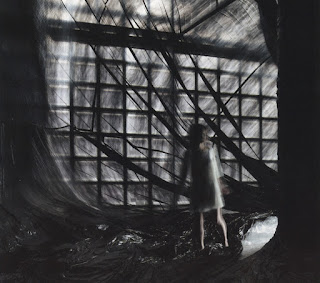 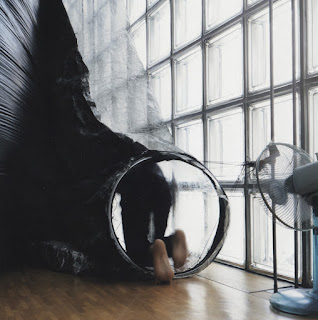 Tomas is distributing a PDF with the instructions, below is the opening text of the PDF. We like the closing four steps, they are at the end of this post: 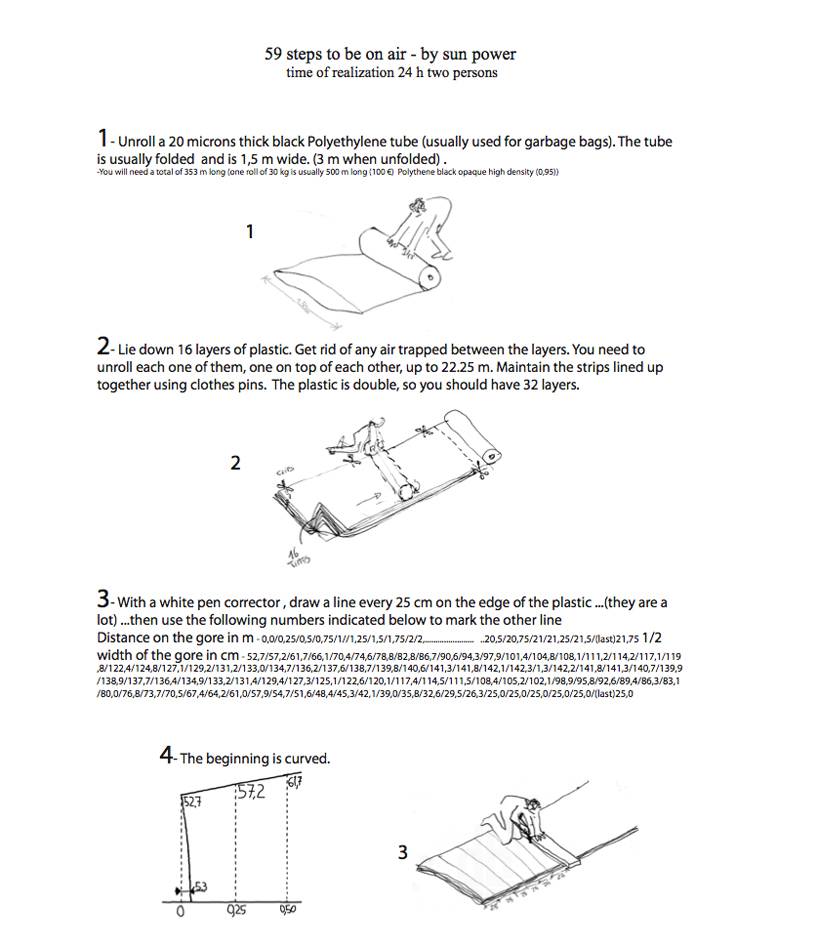 The design is geodesic, based on the proper placement of pentagons and hexagons. Notice the pentagon 5 rows from the top of the balloon, where the lines converge: 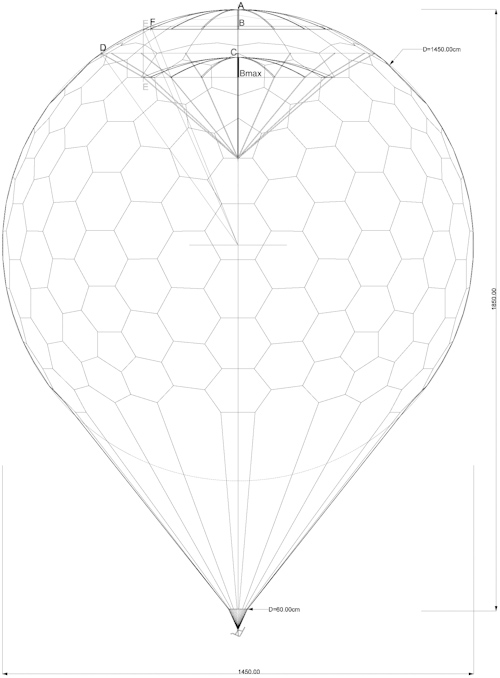 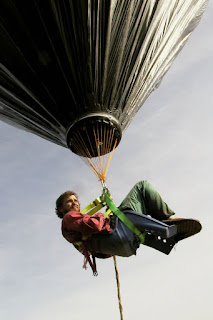 The concept, described by Saraceno as "59 Steps To Be On Air By Sun Power," allows anyone to construct what he calls a "geodesic solar flying machine" using black polyethylene (the stuff used in garbage bags), a car radiator fan, a 12-volt battery, bicycle rims, tape, string, a child safety seat, and a bit of engineering savvy. The contraption is clearly not the safest idea for travel, but it appears that Saraceno's goal was to create a flying machine that puts environmental friendliness ahead of efficiency.